Create an Account - Increase your productivity, customize your experience, and engage in information you care about.

The 13th Street/Camino del Rio storm drain system contains pipes that have reached the end of their service life. As a result, a portion of the system requires replacement or repair. The City of Durango has begun a reconstruction project that extends from the west limit of North Point Mall to the Animas River, passing under the D&SNGRR and the CDOT right-of-way. The project scope includes installing new pipe(s) beneath Camino del Rio and conveying flows through the two City of Durango Parcels at River City Hall, and the Powerhouse Science Center, ultimately discharging to the Animas River. 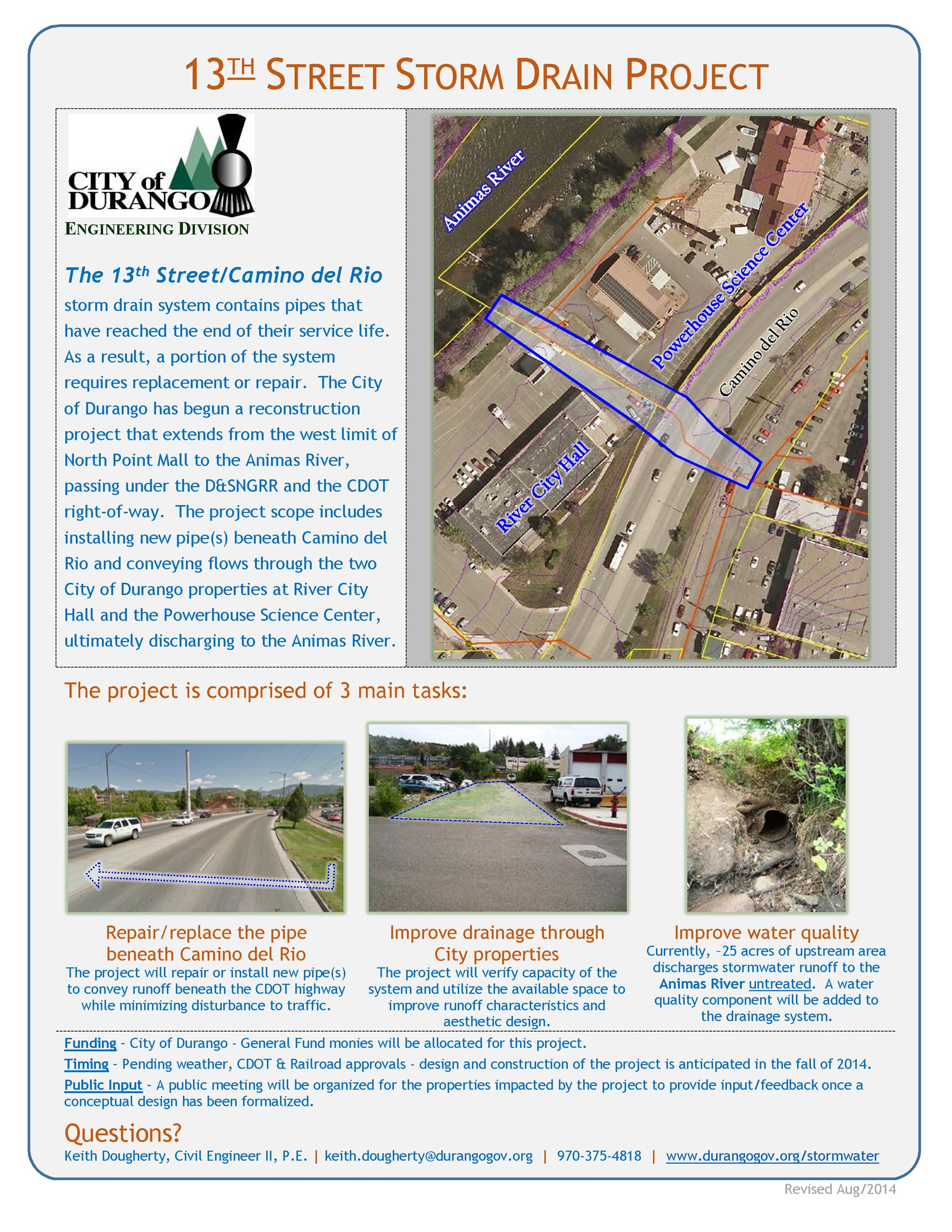 Thomas Avenue is a local residential street that has reached the end of its service life. The City of Durango has begun a reconstruction project that extends from the intersection at Arroyo Drive, north to the intersection of Columbine Drive (just south of Butte Drive). The project scope spans the full width of the public right-of-way (ROW) and will include improvements to the road surface, adjacent sidewalks, curb & gutter, as well as drainage design improvements. The connection to the existing drainage system at Needham Drive will also be considered. 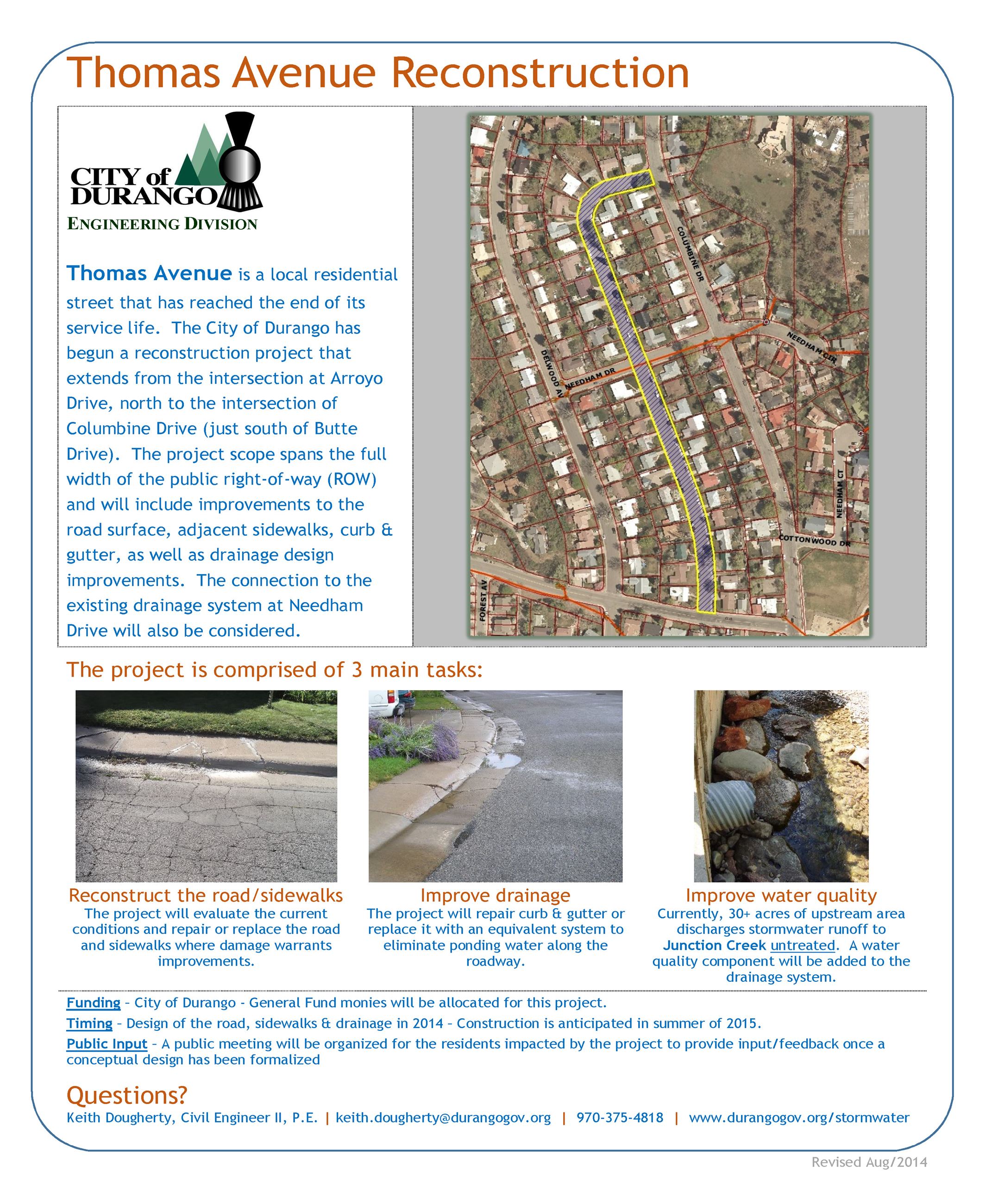