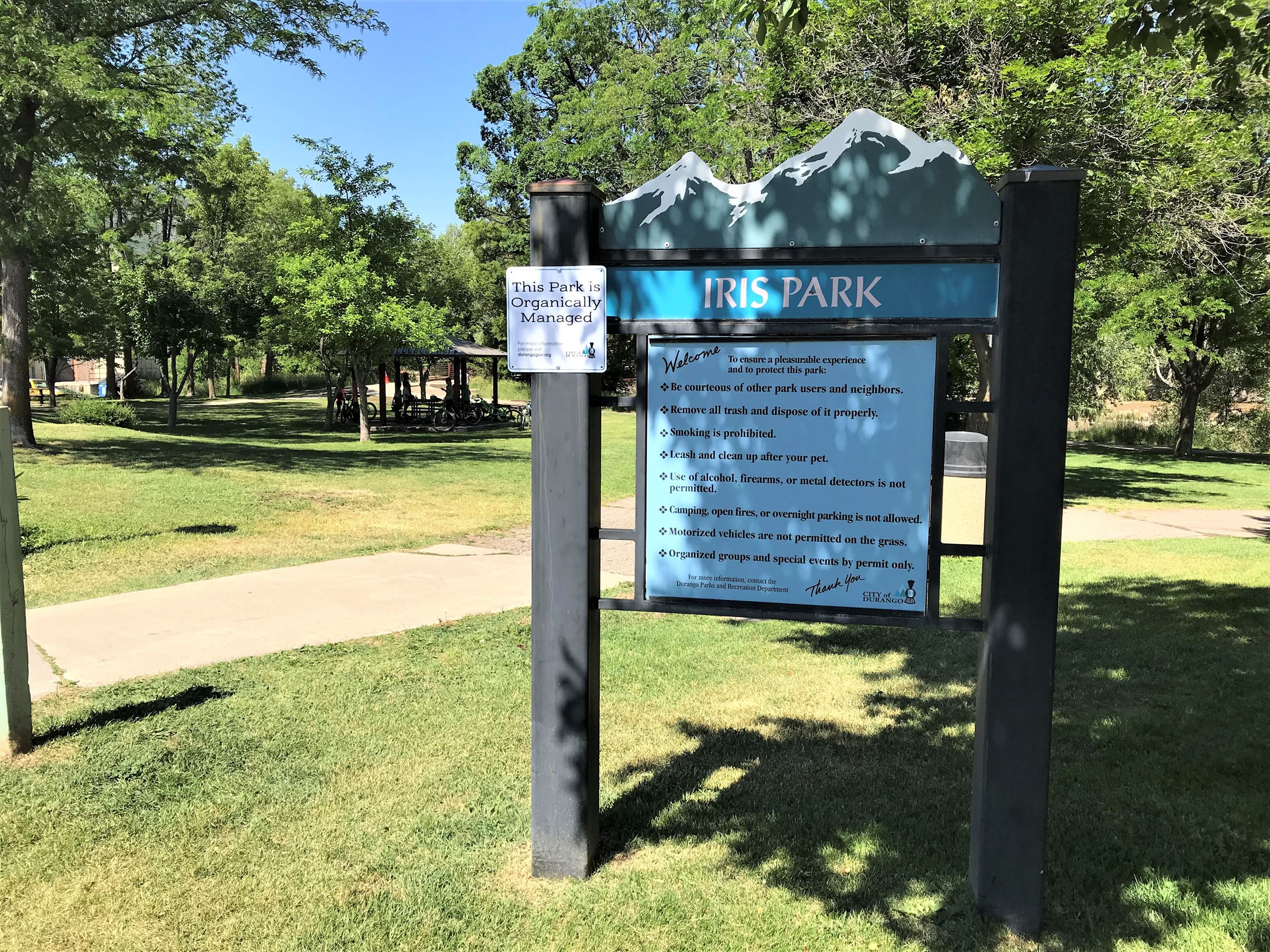 The Task Force for Organically Managed Parks was established in the Fall of 2019 with the intent and purpose of bringing together city staff and invested community members to collaborate and agree on best use practices.  The task force is both an advisory and assessment body which works towards the goal of expanding the program while continuing to maintain high quality parks. The task force finds opportunities to engage and educate the community through volunteerism, visibility, signage, and education at city park events. The task force is committed to a collaborative process that honors each member’s diverse experience, expertise, community investment and skill set.

In 2012, the Durango City Council enacted a resolution establishing the Organically Managed Lands Program.  The goal of the Organically Managed Lands Program was to extend organic management practices to all City lands and to minimize the use of synthetic fertilizers and pesticides in City parks, while maintaining City parks at a quality consistent with City standards.  Implementation of the program was commenced with a phased conversion to organic management of the irrigated turf within nine City parks, based upon the advice of expert consultants engaged by the City.  The parks selected to be in the program included: (1) Pioneer Park; (2) Brookside Park; (3) Riverfront Park; (4) Iris Park; (5) Schneider Park; (6) Needham Park; (7) Fanto Park; (8) Riverview Sports Complex; and (9) Folsom Park.  The program was initiated on these park sites in 2013.  Riverview Sports Complex was subsequently removed from the program due to the high recreational use of this site and deteriorating turf conditions creating a safety hazard.  The remaining eight park sites have been managed organically with organic fertilization, aeration, overseeding and minimal weed control to the present day.

San Juan Basin Health Department conducted an independent toxicology review of all organic and synthetic chemicals used in City parks.  The Health Department presented their findings at the City Council Study Session on February 28, 2017.  The Health Department noted that the dose makes the poison with chemicals and there is not clear way to assess true exposure and health effects from pesticides.  There have been no studies on exposures specifically from parks and it was noted that the majority of parks around the nation are not pesticide-free parks, so the risk is not more than elsewhere in the United States.  Tony Koski, Professor and Extension Turf Specialist with the Department of Horticulture and Landscape Architecture at Colorado State University (CSU), has analyzed and recommended modifications to the organically managed parks program.

Tony Koski is recognized as the turf expert in Colorado and he conducted a site visit with members of the City Council and the Parks and Recreation Advisory Board on June 8, 2017.  He noted that the existing Organically Managed Parks Program was not providing sufficient nitrogen to the soil.  He recommended that the City explore options to the existing program including a blended system as follows: (1) Organic fertilization with increased amounts of nitrogen and organic herbicides; (2) Hybrid system using synthetic fertilizers and organic herbicides; and (3) Conventional system with synthetic fertilizers and herbicides.  Mr. Koski further recommended the rescue of Fanto Park and Needham Park due to the condition of the turf grass and indicated that it is very difficult to rescue a park organically due to the length of time for the grass to respond and cost. Expert consultants recommend the use of Tenacity or Fiesta as organic herbicides.

Staff have analyzed the recommendations of expert consultants, prepared cost estimates, and reviewed the following methodology with the Parks and Recreation Advisory Board at their regular meeting on November 8, 2017.  The proposed revised program was discussed with the organic parks advocates who recommended another alternative to integrate a low percentage of hybrid Miniclover seeds into the City’s grass seed mix.

The following organic parks use organic fertilizer and organic herbicide:

The modified program was extended to two years due to extreme drought in 2018 and inability to fully implement the modified program due to limited water resource in 2018.  In 2020, all eight parks within the Organically Managed Program were managed and maintained with organic products.  As a trial, the City hired Bee Happy Lands to complete weed mitigation at Needham Park in 2020.  The partnership with Bee Happy Lands will be extended to include Brookside Park in 2021.  Rotary Park has been added to Organically Managed Parks Program for 2021.

The Organically Managed Parks Program will not be expanded to additional City parks at this time.  The City needs to continue to implement the program in a phased and scientific approach. Once the success of the revised program can be determined by the City, there could be additional parks included in the program in the future. The goal of the Parks and Recreation Department is to maintain healthy turf grass and reduce the amount of chemicals to achieve the balance of exceptional parks at an affordable cost that are safe and enjoyable for City residents and visitors.